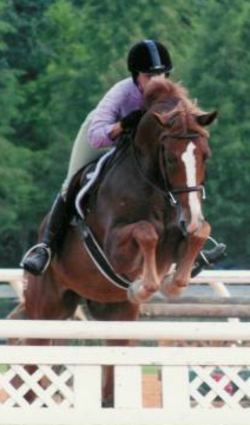 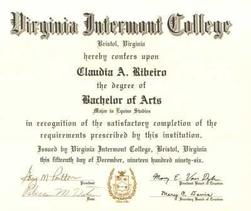 Claudia began her riding career as a child in Brazil where she grew up on her family’s horse ranch, which is still in existence today.  She began training horses and competing in horse shows in 1983 and then began teaching lessons to students in 1988.  She has competed in the horse show circuit in Brazil, England, and the United States. Claudia received a Bachelors of Arts Degree in Equine Studies from Virginia Intermont College. At VI, she was a member of the Intercollegiate riding team. She was individually regional and Zone champion. She attended Nationals and as a team, they were 4th in the Nation. She furthered her education at Bishop Barton College, England. Upon returning to the U.S... she continues to attend numerous clinics, courses, and seminars to keep her technical knowledge up to date. In 1996, she became a professional trainer and has been training ever since.  In 2001, Claudia and her husband Timothy Heath started their own business in Apopka, FL.

"I take great pride in my life's work. I have special  memories of some of the great trainers whom I have learned from, such as Kip Rosenthal, Eddie Federwich, Holly Hugo Vidal, Richard Watson, Philip DeVitta, and Nona Garson. My mission is to give my students memories that they will carry with them throughout their lives.
My Safety Record is exemplary. My references from the horse industry will attest to my ability as a teacher and trainer with great care and attention to detail."

-2011 USEF Hunter and Equitation Course Design Clinic with Chris Collman
-2011 USEF Jumper Course Design Clinic with Linda Allen
-2010 USHJA Trainer Symposium with Liza Towell, Missy Clark.
-2007 USHJA Trainer Symposium with Archie Cox, Missy Clark, Candice King.
-2006  USHJA Trainer Symposium with Danny Robertshaw, Karen Healey, Norman Dello Joio
-2004 Attended seminars and clinics in Sports Psychology, and in Advanced Teaching and Schooling Techniques. Held by Kip Rosenthal a PH.D. in Psychology and is a world-renowned Sports Psychologist. She is an “R” rated horse show judge. She has Judged Medal Finals, Pony Finals, and Hunter Finals across the country. Many of her articles have appeared in Practical Horseman, The Chronicle, and other Publications
-2003 Attended week-long clinics held by Eddie Federwich in Skilled Training from a Judges Point of View. Mr. Federwich is a national figure whose long and successful training career was recently honored in The Chronicle of the Horse for a lifetime of achievement and what he has meant to the horse world.